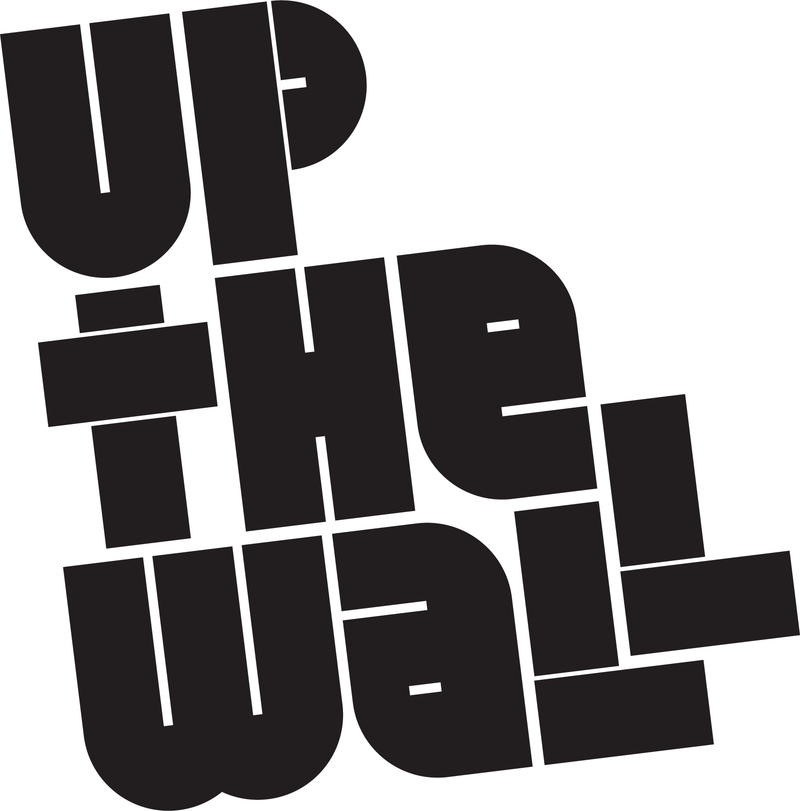 Chester Castle perches between City and Wall, its 12th Century tower keeping a watchful eye over the border with a neighbouring nation. Once military base, mint and prison, its architecture has been reinvented along with its role.  Now, almost forgotten and undisturbed by the tourist swarms, it sleeps, still waiting and watching over unfamiliar lands.

For two nights only, join Up the Wall in unlocking the hidden secrets of this ancient watch-keeper as artists local, national and international explore borderland terrain, to draw the maps of our identities and the borders of our culture; physical, linguistic and spiritual.A semaphore conversation between English and Welsh,  a weighty progression from Ireland to the outpost of England, a footballing story of a split identity stadium and an echoing flight from a towering vantage point... Through image, movement, light and sound, a glimpse of the Castle as never before. 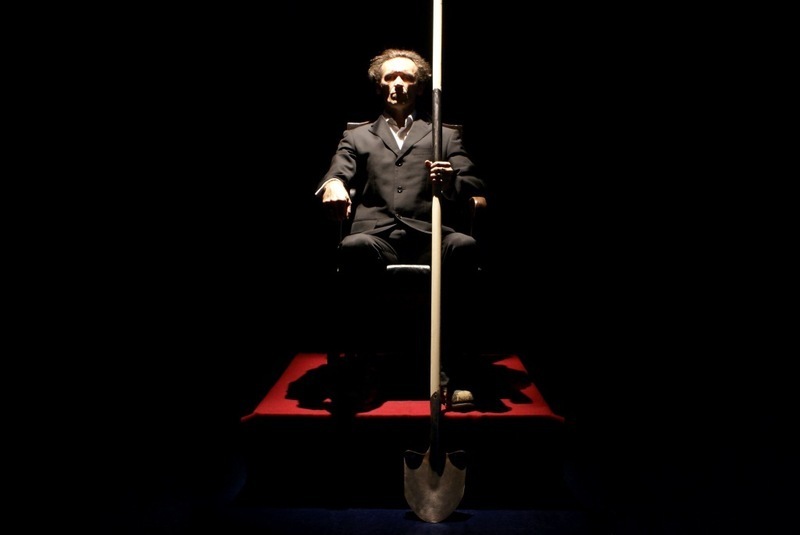 Produced by Chester Performs, in partnership with hÅb

Firstly - we now have new domain names:  www.wordofwarning.org and www.wowmcr.org - either works!

Unbelievably it's that time of the week already, so while I gear up for Up the Wall in Chester next Friday 21 and Saturday 22 October, I wanted to just wish all those participating in Lancaster in Proto-Type Theater's Fortnight, a very enjoyable couple of weeks. Lancaster is insanely busy next week with Franko B's Someone to Love, taking over the Peter Scott Gallery and Company Chameleon and Quarantine in the Nuffield.

I meanwhile, will, no doubt, be haunting Chester Castle, as some Scooby Doo style dusty curatorial antiquity leaping out on unsuspecting visitors!!  Please don't let that put you off, and book fast for Up the Wall (Free - but reservation necessary - 1200 people have already booked!)

A big thank you to everyone who came along and helped us make emergency accommodation a really successful, if hectic, day!  The sight of the 'pirate charge' down Hulme St led by two half-naked fools in a bath will stay with me for some while! Photos from the day here!

Busy week, this week if you are looking to get out and about! Kicking off with David Hoyle, Darren Pritchard & Womb - Northern Lights at Kraak on Saturday 8th.  Then a reminder that the Zion 100 finale Pleasant Sunday Afternoon Society takes place from 2pm this Sunday 9th - make sure to book a slot fast - the 'inside word' (ok, so I spend too much time with technicians) promises it will be something really quite epic and special! Also at the Zion next week is 20 Stories High's Blackberry Troutface on Thursday 13th.Further afield, Leeds Met Studio plays host to Action Hero's Frontman (also coming to Axis, Crewe and the Nuffield, Lancaster in November) and Forced Entertainment's Void Story makes its first visit to the North West at Unity, Liverpool. (Also coming to Contact and LBT, Huddersfield in November.) For those with a penchant for physical theatre, Foolsproof's It's Uniformation Day is at Unity on Tuesday 11th and Penny Dreadful's  The Etherdome is at the Lowry on Thursday 13th.  For dance, maybe check out Darshan Singh Buller's Caravaggio at Carriageworks, Leeds.I, meanwhile, will be gearing up for the impending Up the Wall at Chester Castle - of which you will certainly hear more shortly - but as a heads-up, this year it is a pre-bookable free event, and is booking very fast...

So, from the heady whirl of emergency accommodation preparations (so far I've been a doorstop, traffic warden shield, booze shopper and general factotum, such glamour), here is this week's rapid WordofWarning!

Big tips for the week coming: on Wednesday 5th and Thursday 6th are Third Angel's What I heard about the world at Leeds Met Studio and the Zion 100 Finale - Pleasant Sunday Afternoon Society strangely enough, on Sunday (9th). Also, well worth a trip down to Axis Arts Centre in Crewe for New Art Club's Big Bang of Boom.Back to doing something terribly important and promoter-ly - like buying paper plates and water - or tweeting unfortunate images of the beknighted tech team wheeling unfeasibly large objects down the street!One last plug for emergency accommodation - 30 pieces of live work across two buildings and the street inbetween, topped off with a secret finale hosted by Doodlebug - tomorrow, Saturday 1 October, BLANKSPACE & IABF, Hulme St, Manchester,(M1/M15) 12-9pm FREE. Somebody described BLANKSPACE as a 'maze of performance' yesterday, which is pretty much what it is!

We have much of the greenroom team re-united to pull off this first legacy project - the missing, vital piece is the greenroom audience, so please come and join us.

Forgive this week's WordofWarning being just a touch biased... emergency accommodation (Saturday 1 October, 12-9pm) isn't obsessing my every waking moment at all!  As the first, post-closure attempt to do a greenroom-style event, it is a little terrifying, and we're really hoping lots of people will turn out to support, what we think, is a genuinely really exciting programme.   Participating artists come from all over the UK, including some names familiar from past programmes like Krissi Musiol, Angel Club (north), Wayne Steven Jackson and Chris Fitzsimmons plus, from the wider national picture: GETINTHEBACKOFTHEVAN, Nicola Canavan and Julieann O'Malley coming to Manchester for the first time.

The full draft schedule is up on the site now! I'll be attempting to tweet updates, pictures and videos all week from the preparations and the event itself so follow me @HazardMcrI realise that only my world is stopping due to emergency accommodation - and there are definitely other things to see and do.  As a last burst of activity before I go into show-mode, I'll be racing to Mother's Ruin  tonight,  Seven Sites at the Lowry Mall tomorrow  and then (by way of Birmingham... don't ask!),  Pledge, Pitch, Play, Party at the Black Lion tomorrow evening. Next week - if I had <i>any </i> time free, I would be heading to Leeds for David Hughes's Last Orders on Tuesday and on Thursday, to either, Michael Jenkins's Democratic Parade at the Bluecoat or Invisible Flock's Bring the Happy at Leeds Met Studio Theatre. Maybe fortunately, I'm saved the invidious choice between the two, as I'll inevitably be up to my neck in artists and Asda food orders at that point in time! Hope to see you all at emergency accommodation

With Autumn truly upon us and our first season with no greenroom -  for anyone like me, feeling a bit bereft and in need of some performance...

After a good scour of the websites and brochures, below is a list of all the performance work I think might be worth finding out a bit more about within travelling distance of Manchester (bear in mind that's my idea of travelling distance... I'm a demon driver...!)

I don't vouch for the accuracy, nor do I necessarily know that much about some of the work - but I thought it was worth putting up a big, pre-planning list and you can make up your own minds.

Anything in Manchester or Salford is shaded in yellow.

As I find out more over the coming weeks, I'll post top tips or the things I'm going to on a more regular basis.  To keep in touch, join the mailing list, by mailing wordofwarning@habarts.org

Obviously, my first recommendations will be emergency accommodation and Up the Wall both taking place in October but then again, I'm just a little bit biased - more to come on both of those soon.

For those whose leanings are more poetry, spoken word or comedy, thanks to Conor Aylward for recommending Bright Club at nexus cafe http://www.manchesterbeacon.org/members/172/Bright-Club-Manchester and Magical Animals at Sandbar http://www.sandbaronline.net/ and Matthew Smith for recommending Comedy Playground at Contact on 3 October.  https://www.facebook.com/pages/Comedy-Playground/111675232255375

In June 2011, after some 25 years of showing the best in cutting edge performance in Manchester, greenroom, closed its doors for the final time.  Long-time collaborator, hÅb - co-producer of emergency, Hazard, Turn, Method Lab, 'poolside emergency and now emergency accommodation is attempting to keep the legacy alive.

Word of Warning is an experiment to collect and collate what's going on in Manchester, in the North West and basically anywhere within an evening's travelling distance of Manchester to make sure those of us who are passionate about live art, contemporary performance, contemporary theatre, dance, sited work and all the things between, can have something to go and see!

In time to come there will, hopefully, be a more formal site, mailing list and even some direct programming - but for now, we are 'making-do' and hoping people will join us in keeping on top of what there is to see and do!